Kids, killers and the Catholic Church

I’m waiting for a Catholic bishop somewhere in America to deny communion to a Republican member of Congress of Catholic faith, for their role in the killing of nineteen children in Uvalde Texas. There are sixty-two Catholic legislators to choose from, ten in the Senate, fifty-two in the House of Representives.

This unlikely thought occurs to me only because this is how the Archbishop of San Francisco, the Most Reverend Salvatore Cordeolene, has chosen to punish Nancy Pelosi for opposing the criminalizing of abortion. I have no idea if Pelosi actually fears losing her place in Heaven, but the archbishop must intend to deny her the means of salvation. This is a lot worse than being blackballed at the club.

Of course none of those sixty-two Republican politicians have shot any children. They have merely failed to take action to reduce the supply of assault weapons to psychopaths. But Pelosi is not being excommunicated for having had an abortion herself or for performing one, merely for championing the rights of women in America, eighty percent of whom are not Catholics, to decide to have one without anyone calling the police. 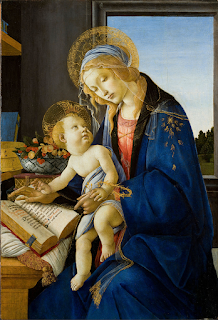 Naively, I continue to be shocked whenever a Catholic spokesman claims the moral high ground on any issue relating to the care of children, born or unborn. Given the role played by so many princes of the Church, for longer than anyone can remember, in overseeing and enabling the abuse of children, I feel they should all take a vow of silence on questions of motherhood and the nurturing of infants. But of course the moral high ground is their natural habitat. For the Catholic Church, privileged access to eternal truths is the unique selling point. No one ever said it was a democracy.

To this extent, in preaching to America the archbishop is on more solid ground than Justice Clarence Thomas.

Speaking at a Judicial Conference in Atlanta, Thomas said that the Supreme Court ‘can't be an institution that can be bullied into giving you just the outcomes you want.’ Commenting on the angry response to the overturning of Roe v Wade, he warned that ‘We are becoming addicted to wanting particular outcomes, not living with the outcomes we don't like.’

Strangely, he sees the desire for popular freedoms as a form of 'addiction' and, in spite of his own enormous power, experiences democratic pressure as 'bullying'. One of six practising Catholics among the nine Justices, Thomas seems to have deluded himself into thinking that he is a member of the College of Cardinals, whose job it is to pass down to the ignorant laity the divinely inspired word.